Looking back over the season 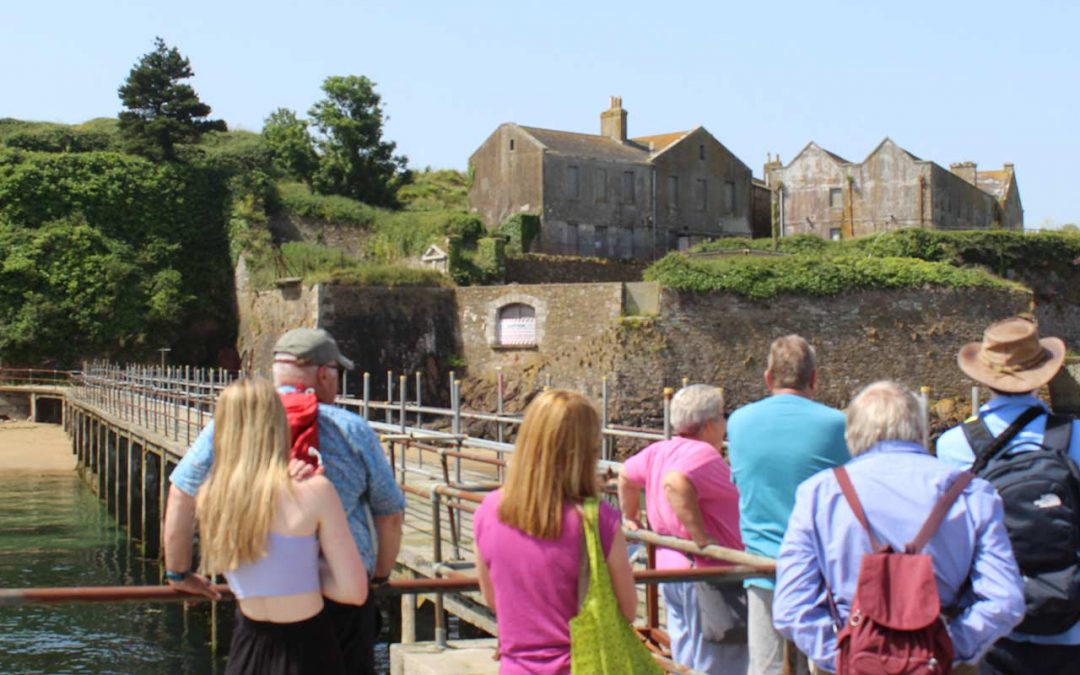 Barring a few experimental tour dates throughout November, the 2022 season on Drake’s Island comes to an exciting climax this weekend with our first ever horror gameplay event ‘Fright Night’ for Halloween. Just under 100 participants with take part in a series of challenges around the island whilst being ‘hunted down’ by some of the most notorious movie horror legends. It all sounds horrifically fun and exciting in what will hopefully be the first of many similar themed events on the Island.

Another scary success this year has been our regular ’Ghost Tours’ with Kevin Hyne (Haunted Plymouth) at the helm, which have literally sold out on every tour we have done. How do we improve on that? Well next year we are looking at reducing the numbers on each tour to make them a more personalised and immersive event, meaning everyone actually gets involved.

In August, we opened the island up for visitors to watch the British Fireworks Championships. Both nights completely sold out and everyone enjoyed the fantastic and unique vantage point that Drake’s island offers. Subject to the championships coming back next year this will definitely be in the diary again in 2023.

Plymouth was fortunate once again this year to being the UK destination for SailGP, affectionately known as the F1 of the yachting world. Drake’s Island by its very location is slap bang in the middle of the race course, making it the best location to view the action. We hosted an exclusive event for sailing enthusiasts, offering the closest seats to the racing. The event was a limited success, we left it late in the day to start advertising, so numbers were limited but those who joined us had a great day that included Prosecco, food platters and front row seats. Next year, if the event goes ahead we will be planning in earnest and getting it out there nice and early.

At the same time as the SailGP event we decided for the first time ever to open the island up to people who jus wanted to wander around under their own steam, picnic and enjoy the beach. Again, numbers were limited but it served as a pre cursor to a future hop on, hop off service, when things are in place to safely offer it and once again it was well received.

Our Island Tours have gone from strength to strength this year and we are delighted with the wonderful reviews that we have been receiving on Trip Advisor. This is in no small part thanks to Bob, the Warden of Drake’s Island, who not only knows the island like the back of his hand but is able to impart this information to our visitors in a way that is both interesting and enjoyable. Watch out for a few tours over the Christmas period, weather permitting.